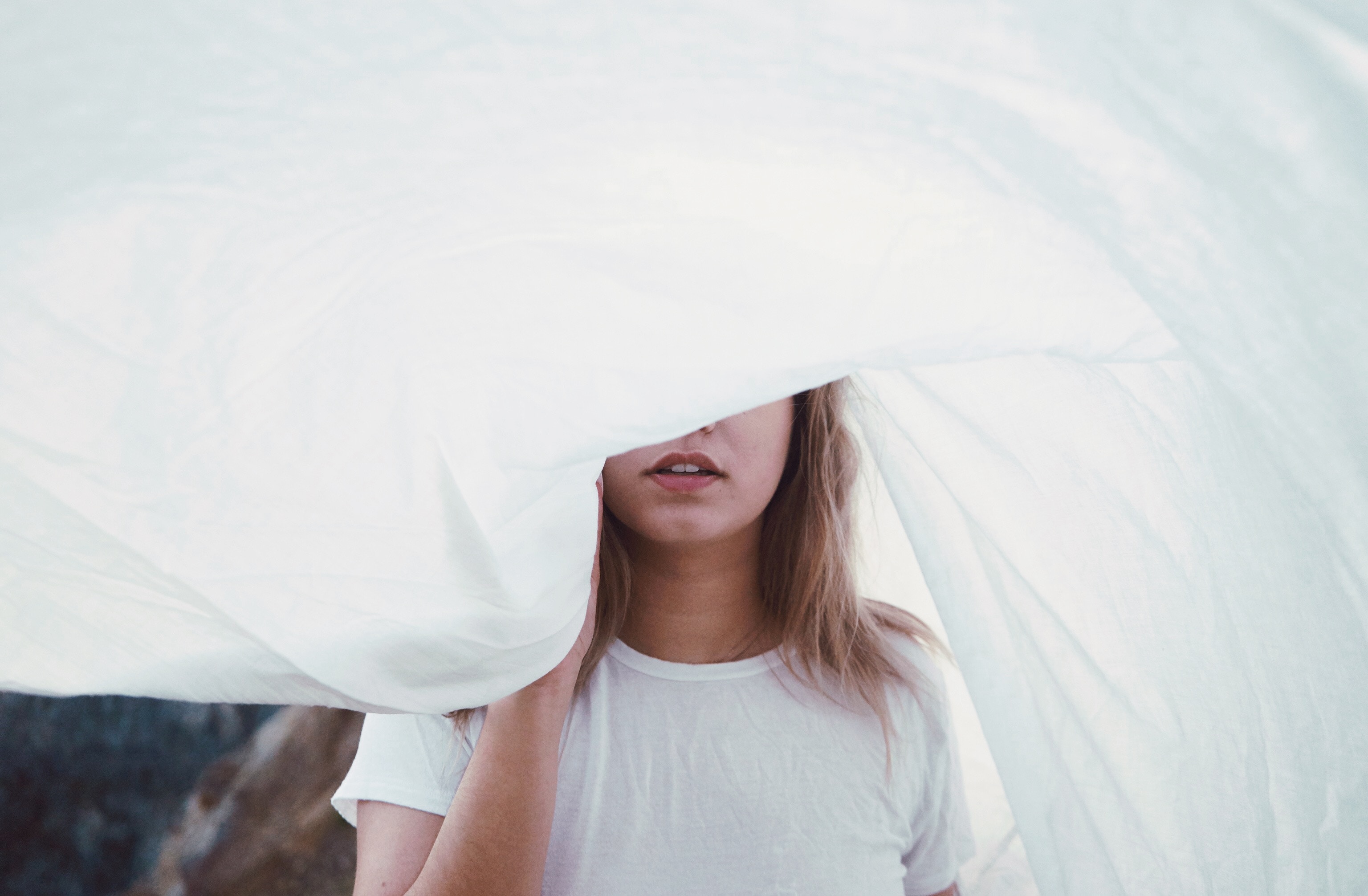 The Next Epidemic:  Chronic Fatigue Syndrome may afflict two million Americans—so does the government say it’s all in women’s heads? Neal Karlen talks to the author of a groundbreaking new book.

Editor’s note: Minneapolis-based writer Neal Karlen met up with Hillary Johnson this month to discuss Osler’s Web, her watershed book on chronic fatigue syndrome.  “I really see her as heroic,” Karlen says. “She had a disease that could have destroyed her, and instead she produced a great work of journalism.”

Chronic fatigue syndrome was still a new, much misunderstood phenomenon when journalist Hillary Johnson wrote a breakthrough two-part article on the disease in 1987 for Rolling Stone. Johnson’s story, in part an account of her own struggles with CFS, was one of the first detailed investigations of the malady that typically leaves its victims suffering from profound exhaustion, physical pain, and severe cognitive impairment.

“The public doesn’t understand how debilitated CFS patients are,” Johnson says of the estimated two million people, an apparent majority of them women, who have been stricken with the disease.  “It’s like being held hostage, locked in a bedroom for the rest of your life.”

Johnson was a prominent New York magazine writer when she developed CFS in 1986. One day she felt fine, the next she could barely walk across the room.  She spent the following ten years investigating the disease that was all but destroying her life. Retreating from her fast-paced career, she eventually returned to her Minneapolis hometown and finished writing Osler’s Web (Crown) a comprehensive history of the illness that many government medical investigators have relentlessly insisted is a psychiatric disorder.

NEAL KARLEN:  What proof do you have that CFS is not psychosomatic?

HILLARY JOHNSON: There are over fifty scientific papers linking CFS with immune-system dysfunction. In 1987, the Dana-Farber Cancer Institute at Harvard released a study that showed CFS patients had much lower levels of Natural Killer cells than normal. These cells are the body’s first defense against viruses—and having low levels is one of the most reliable indicators of CFS.

In 1992, in a collaborative study that included researchers from Harvard and the National Cancer Institute, brain lesions were found in nearly 80 percent of 259 CFS patients. The resulting report, published in the Annals of Internal Medicine, called CFS “a chronic, immunologically-mediated inflammatory process of the central nervous system.”  The list of scientific research goes on and on—and all of it shows this disease is physical, not psychiatric.

NK:   But why would the Centers for Disease Control and the National Institutes of Health refuse to recognize that CFS is an organic illness?

HJ: Many symptoms suffered by CFS patients are what doctors call “subjective”—like not having the strength to stand up in a shower, or feeling as if their brains just don’t work. There are no tests to prove a CFS patient’s pain or physical weakness is real. Frequently, the patient isn’t believed. This isn’t a modern phenomenon. At the turn of the century, multiple sclerosis was called “the faker’s disease.”

Over the last decade the responsibility for studying CFS fell into the hands of skeptical people at CDC and NIH who weren’t practicing clinicians and who had minimal or no contact with CFS patients. These doctors were dubious about the disease because they had trouble finding clinical markers that showed it had a consistent set of symptoms. In any new illness, you have to examine hundreds of patients before you can see a pattern that defines their problem as a real disease and not just a series of random complaints. Researchers at CDC and NIH didn’t do this, yet they were charged with making some incredibly important decisions about how CFS should be pursued. They didn’t think CFS was an important disease and they decided not to waste much time or money on it.

Today, independent scientists have identified clinical markers for CFS, but the government agencies won’t recognize their work. For instance, the disease can show up in simple blood tests in the form of extremely low sedimentation rates, yet most doctors aren’t even aware of this. If the government says CFS isn’t a real illness, then that’s what physicians in the field say, too.

NK:  What is the significance of the title Osler’s Web?

HJ:  Sir William Osler was an eminent clinician who taught medicine at Cambridge in the first part of the century.  He extolled the virtues of listening to the patient, of being sensitive to what the ill person was saying.  CFS was dismissed by people at the federal health agencies who thought all these crazy women who say they have a problem would get over it and the disease would just go away.  But it’s not going away.

NK:  How do the politics of CFS compare with those of AIDS?

HJ: In 1982, before HIV was discovered, The Journal of the American Medical Association published an article saying it was unlikely that AIDS was caused by a virus alone. Back then, investigators emphasized the personality of AIDS victims—some scientists even speculated that emotional stresses on male homosexuals might make them more prone to get sick. But as soon as HIV was found to cause AIDS, all the talk about personality types ended.

The difference between AIDS and CFS is that the government was forced to address ADIS because bodies were piling up in morgues. But people with CFS don’t normally die from the disease; they usually don’t even get noticed—they become ill, drop out, and disappear.  One researcher found that 40 percent of CFS patients stop seeing doctors because they run out of money or can’t find a physician to believe them.

NK:  Is it accurate to call this a woman’s disease?

HJ: No.  More women have CFS than men, but no one is sure if the ratio is two to one or nine to one. Even if 75 percent of the cases are women, that could still leave 500,000 men with CFS. That’s a huge number—nearly twice as many as all cases of multiple sclerosis.

NK: Are prospects any brighter today for CFS patients?

HJ: Things are actually worse than they were ten years ago. Back then a lot of doctors hadn’t made up their minds about the disease yet, and there was a lot of hope that the cause of the illness would be tracked down. Now it seems the views of most doctors are cemented and its almost become axiomatic that CFS is a psychological complaint.

HOW CASUAL IS CASUAL TRANSMISSION?

The stockpile of evidence Hillary Johnson has amassed about CFS makes one alarming conclusion seem inescapable:  The disease may be contagious—and worse, it could be casually transmitted.  In Osler’s Web, Johnson tracks cluster outbreaks around the country and meticulously reports ten years of scientific evidence garnered by independent clinicians and researchers, the culmination of which suggests that you can catch CFS. The problem is, without government grants to turn the most substantial medical hunches into hard proof, no one knows for sure exactly what causes CFS or how it is passed. According to Johnson, CFS researchers suspect it’s triggered by an infectious viral agent.  Unlike HIV, which is so fragile it can’t survive outside the body, this predator seems to require a lot less than sexual contact to infect. Johnson details a preliminary study of a traveling orchestra plagued by CFS that showed the closer the physical contact—from sharing an eating utensil to sharing a bed—between a person with the disease and a person without it, the more likely it was to be transmitted.  On occasion, the families, co-workers or schoolmates of a CFS sufferer fall ill after being exposed.  More than half of the patients in a 1992 Harvard study reported that someone close to them, either at home or at work, had the disease. But experts can only speculate whether it’s passed through air like tuberculosis, through saliva like mononucleosis, or by physical contact—say, shaking hands—like a cold. Some doctors have reported patients who came down with CFS after a blood transfusion; a nurse in a CFS-dedicated clinic contracted the disease when she accidentally stuck herself with the needle she’d used to draw blood from the infected person.

The good news:  as mysterious as it is, CFS seems to follow the protocol of many known infectious diseases.  Only a small percentage of those expose contract it.  And it’s highly unlikely that people who have it are infectious all the time. That many people live with CFS and no one around them ever becomes ill is a hopeful indicator that the window of infectiousness is quite small.