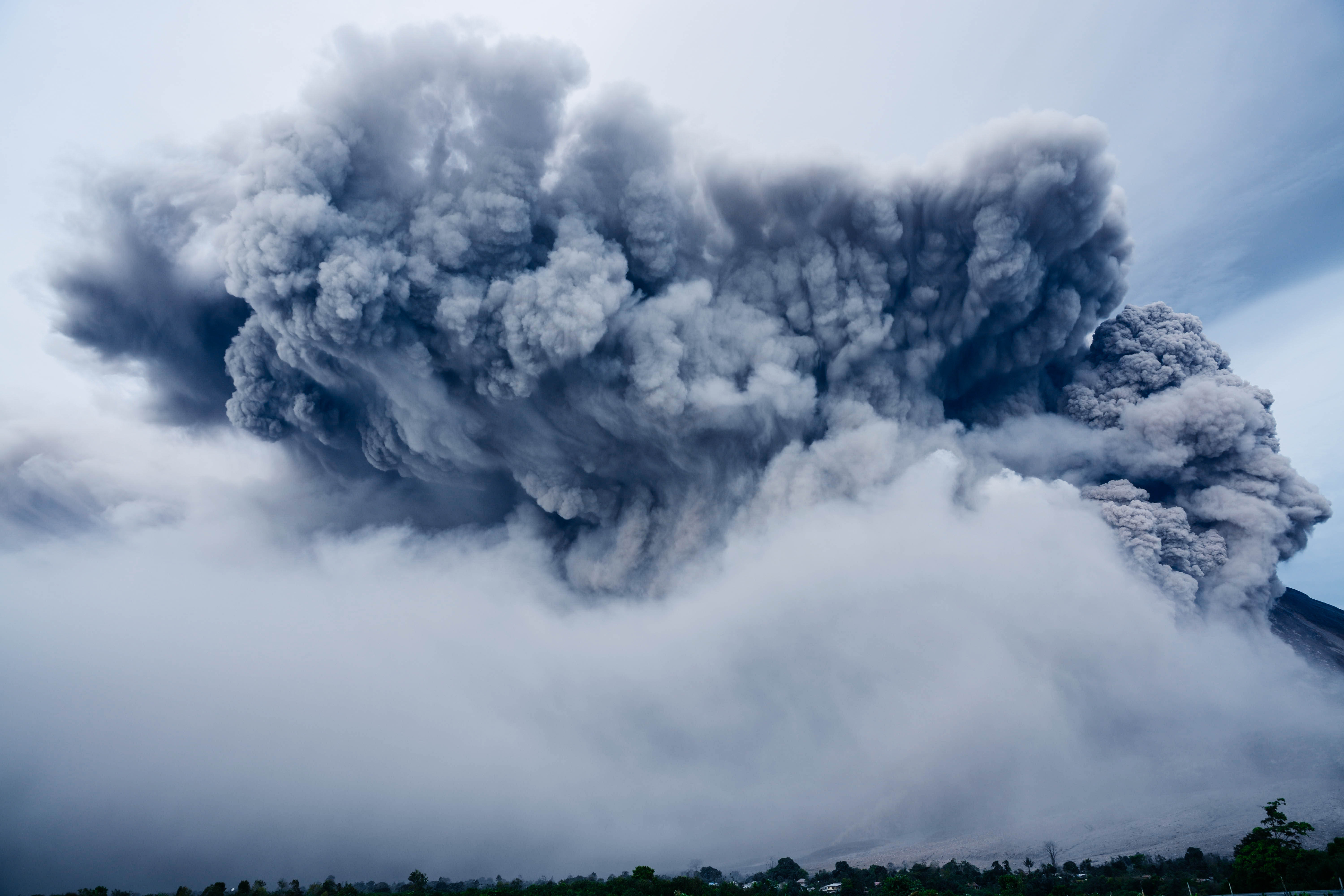 Osler's Web in The Daily Breeze

In 1989 Hillary Johnson had 900 manuscript pages and a deal with Macmillan to publish a book about chronic fatigue syndrome. Then Macmillan canceled her contract and published another book very different from the one Johnson had proposed.

Macmillan went with a book by a Canadian history professor who linked chronic fatigue syndrome to a “subculture of invalidism,” suggesting it was an illness existing more in the mind of the patient than a bona fide disease.

It was probably the most truculent assault yet on victims of this disease, Johnson says.

She should know.  Ten years ago, working as a New York-based freelance writer, she came down with the mysterious symptoms that have baffled doctors and debilitated thousands of other patients.  They include headaches, muscle and joint pain, a profound tiredness and memory loss.

Finally, after nine years of research, revisions, and two more publishers, Johnson is having her say about chronic fatigue syndrome.  She’s reached some controversial and alarming conclusions.

In Osler’s Web (Crown), Johnson says evidence exists to show chronic fatigue syndrome is an epidemic more widespread than the polio epidemic at its height in the fifties and more prevalent today than multiple sclerosis.

She also says there’s plenty of evidence to show chronic fatigue syndrome may be caused by an infectious retrovirus similar to AIDS.

“I’m not a patient advocate,” Johnson says at her Los Angeles hotel during a recent book tour.  “I’m a journalist.  I’ve spent nine years researching this.  As a society we can say we are going to face up to this now or we are going to wait ten years from now until millions of people have chronic fatigue syndrome.”

Her views are not shared by most others.  Even the country’s main support group for chronic fatigue patients stops short of making the claims that Johnson makes in her book.

In its spring newsletter, the Chronic Fatigue and Immune Dysfunction Syndrome Association, a 23,000-member support group in Charlotte, N.C., states that, “no one knows what causes (chronic fatigue syndrome) or if it can be transmitted.”

The newsletter then lists opinion after opinion from doctors stating chronic fatigue syndrome is not infectious.

In the newsletter, University of Miami physician Nancy Klimas issues a scathing critique of Johnson’s book and her claim that chronic fatigue syndrome is infectious by saying “Fears of contagion will result in divorce, home schooling and a loss of employment.  It is an awful irony that a book that so successfully described a population of patients who are seriously ill and terribly misunderstood by our society will ultimately serve to further the misery (of chronic fatigue syndrome patients).”

Chronic fatigue syndrome first surfaced more than a decade ago.  Because it seemed to affect a high number of thirty-something women, cynics labeled it the “yuppie flu.” Jokes began.  Then there was disbelief when hundreds of people began saying they were sick to work or even get out of bed.

Not much has changed.

When AIDS first surfaced, some medical authorities said it was caused by stress or depression. They doubted it was contagious.  The discovery of HIV changed all that and added legitimacy to the battle against AIDS.

Chronic fatigue syndrome has never achieved that level of credibility in the medical world.  Even its name reveals the skepticism surrounding it, Johnson says.

“Think about it—chronic fatigue.  Is that a medical name?” she asks.  “It was a political choice.  I can’t think of another disease that has a name like that.  Do they call diabetes chronic thirst syndrome?”

Using interchanging narratives, Johnson’s book shifts focus among an ensemble of players that include puzzled medical researchers, frustrated patients and a handful of doctors who risk their professional standing by taking these patients seriously.

The book reads like a fast-paced mystery in a style reminiscent of another real-life medical thriller, And the Band Played On, Randy Shilts’ gripping account of the history of the AIDS virus.

That’s no accident.  Both authors have the same editor, Michael Denneny.  When Johnson came to Denneny with more than 2,200 manuscript pages, he suggested that she cut the size of her work and revise it in the format that Shilts used.

Like Shilts, who highlighted missed opportunities at the federal level that hampered efforts to contain the AIDS breakout, Johnson also sees problems with the ways the government’s medical agencies have dealt with chronic fatigue syndrome.

She says that a major drawback is that federal medical researchers are not skilled enough as clinicians.  The ability to listen to patients and to take down patient histories is what is needed when dealing with an emerging disease that doesn’t fit any standard cause and effect pattern, she says.  In the case of chronic fatigue syndrome, it’s exactly what’s lacking at the federal level.

It’s a void she refers to in her choice of book title.  Canadian physician William Osler was known for paying close attention to patients as they described their symptoms.

“Knowledge has to flow from the patients to the doctor and then to the scientist,” she says.  “Unfortunately, it’s all flowed backwards with this disease.”

Not only are patients not believed by their doctors, but their wretched condition is sometimes doubted by friends and family, perhaps a more stinging blow.

That’s why so many turn to local support groups. There are several in the Los Angeles area, including one each on the Westside and the South Bay.

Florence Such of Rancho Palos Verdes said she came down with the disease in 1987 after a case of flu.  She says she’s been sick since.

“The worst thing is short term memory loss,” she says.  “I am so dizzy I forget from morning to night what I had for breakfast.  I have to make memos to myself all the time. You can’t comfortably do anything.”

Recently, her mother, who lives back East, became ill.  Her sister asked Such to fly out to be with her and to help with her care.  Family members couldn’t understand when Such told them she didn’t feel well enough to travel.

“I’ve sent brochures to them,” Such says.  “Either they don’t read them or they don’t take it seriously.”

Johnson’s original manuscript was once filled with many patient anecdotes similar to the stories told by Such.  But Johnson took most of them out to shorten her work.  She thinks it was a good idea.

“The point is, this is no longer a human interest story.  This is not a story for the women’s pages. Not anymore. This is a political story.”

Author’s note:  Osler’s Web was nothing if not controversial when it was published.  The day in 1996 that Osler’s Web became available in bookstores, I appeared on Good Morning America.  The interviewer asked me, ‘What is chronic fatigue syndrome?’  I remembered what the director of the Wistar Institute in Philadelphia, Hilary Koprowski, one of the most respected scientists in the realm of neurological disease, always called it:  an infectious disease of the brain.  I repeated that phrase to the interviewer.  My comment set off a flurry of activity by the CFIDS Association of America (now disbanded and reassembled years later as “Solve CFS”).  Their activity included asking a group of doctors and scientists well-known to patients to respond to the book’s publication.  The group hastily issued a press release stating unequivocally that “…there was no CFS epidemic,” and that because I was not a scientist, I had no business writing about science.  Dan Peterson, Paul Cheney and David Bell, three doctors who had watched in horror as outbreaks among their patients unfolded, did not sign on to the press release, nor did Johns-Hopkins' Peter Rowe.  Koprowski, who died in 2013, argued that the disease either belonged under the aegis of the National Institutes for Neurological Disorders and Stroke (NINDS) at the NIH, or else required an institute of its own.  In 2016, almost 30 years after it began its spread, the disease is reportedly being addressed by researchers at NINDS for the first time.