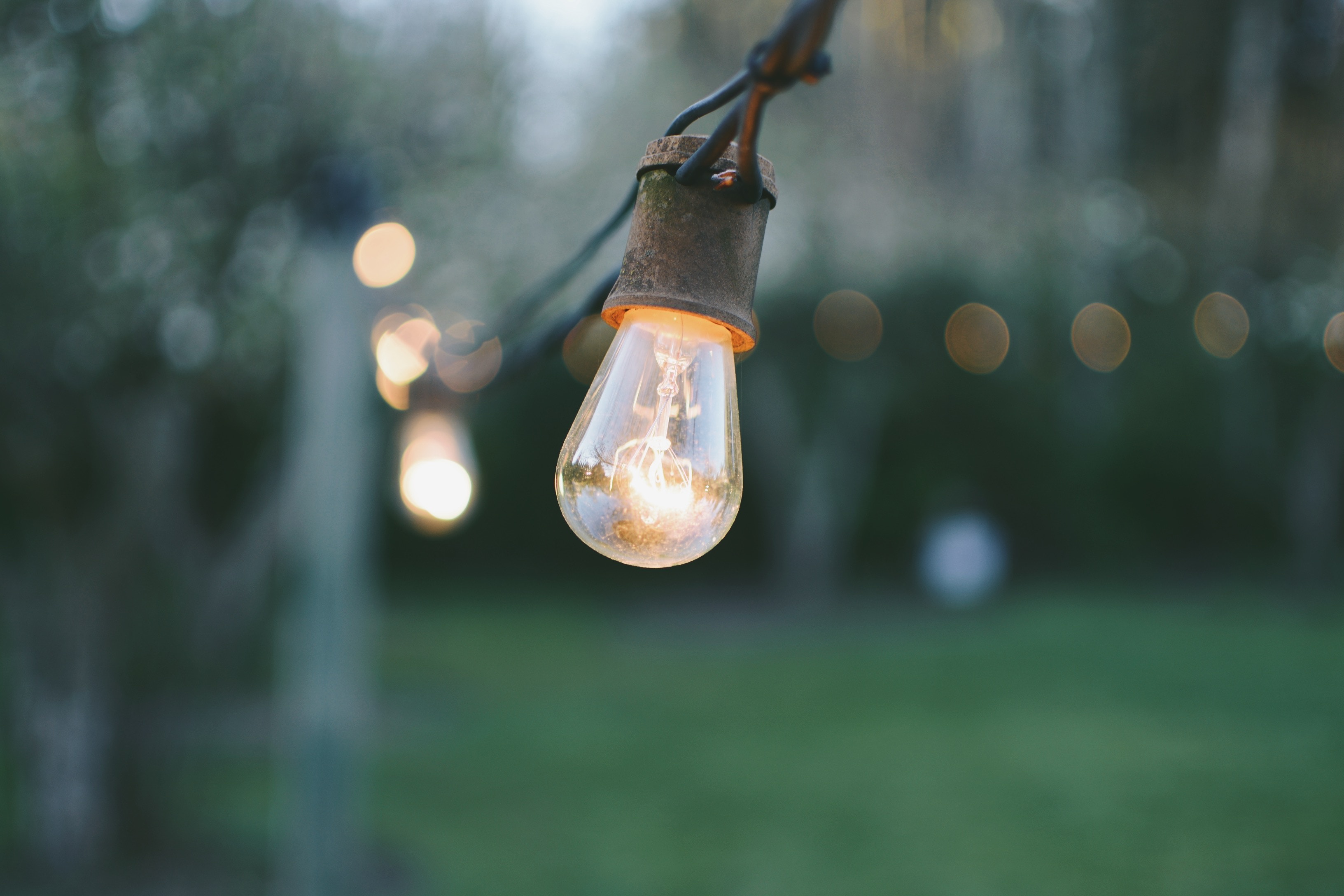 Feeling Rotten: Chronic Fatigue Syndrome on the Medical Map, but Less than an Established Disease

Three times out of four when we go to the doctor with symptoms, studies show, it remains unexplained when we leave. It’s not that the symptom or it’s cause goes away.  It’s that the doctor, even with subsequent tests, cannot find a known disease to explain it.  Yet we believe wholeheartedly in medicine! One might think that doctors would welcome new disease categories so they might offer patients a label if not relief.  But our medical establishment is nothing if not scientific, and new ailments are not designated diseases without convincing evidence that they are real physical disorders.  Occasionally a new disease visits us dramatically and is quickly accepted and labeled, as was the case with AIDS.  But more often, disorders are recognized as diseases in medical texts and elsewhere only a few years after astute doctors begin observing a constellation of symptoms in their patients that do not fit known diseases but seem to constitute a single entity.

Osler’s Web—the title refers to the famous 19th-century physician and master of medical diagnosis Sir William Osler—details the birth of chronic fatigue syndrome, as it has usually been called by those who believe it is a disease, or “yuppie flu,” by those who do not. In 1985, two doctors in a Lake Tahoe resort town began to track among their patients—mostly middle-class, middle-aged women—a set of symptoms that began with a typical flu episode but soon progressed to include a fatigue so severe that it became completely disabling.  An array of other symptoms were sometimes present, including memory loss, headache, joint pain and sore throat.

Formerly active people suddenly found themselves barely able to get up in the morning.  One placed a chair under the shower because she could no longer stand long enough to wash. The disease came and went in bouts and appeared to progress in some patients to dementia.  But as the journalist Hillary Johnson reports, despite their real physical distress, the patients lacked measurable symptoms, such as abnormal antibody test results, and their problems were often dismissed as psychosomatic. Those doctors who took it seriously were told they were “performing ‘million dollar workups on neurotic women.’” As late as 1994, almost a decade after the first cluster of cases was noticed, Dr. Stephen Straus of the National Institutes of Health said the patients were sick because they stayed in bed too much and didn’t get out and exercise enough.

Ms. Johnson’s story is organized chronologically, with events flashing by in short segments. At times, it is hard going, a seemingly endless sequence of undirected anecdotes. But the disjointed style reflects the reality of the way a disease comes to be recognized:  not by intellectual debate and decision, but incrementally, and at least partly through social encounters, bias and emotion.

In the end, after years of work by half a dozen dedicated researchers, after scores of possible explanations for the syndrome and its origins were proposed and rejected, the attempt to unravel the syndrome was given up. Lack of support, lack of coordination and resistance from medical authorities took their toll.

The agent of the disease, if a disease it is, remains unknown, and diagnostic treatments are still more art than science.  Was it a sudden virulent outbreak of a virus that is now subsiding? Is it a chronic condition, like herpes, that invades the body, breaking out in severe symptoms sporadically?

The questions remain unanswered but the syndrome is now on the map, more than a possibility though less than a well-established disease.  Ms. Johnson’s book describes an important piece of recent medical history that might never have been recorded if it weren’t for her efforts.  Her carefully researched tale leaves us pondering the progress of medicine.

Authors note: The Times review was written by Philip Hilts, a science writer for the newspaper.  This review was so vague and lacking in any clear description of what was actually reported in Osler’s Web, one is left to wonder if Mr. Hilts was worried about his relationship with his sources at the CDC and NIH, or if he read the book.   Two readers were so incensed by Hilts’ failure to report what was in the book they fired off letters to the editors of the newspaper and the Book Review Section to complain.  I’ve included these letters below.

LETTERS TO THE EDITOR

I am the “novelist with the unlikely named Floyd Skloot,” one of the people with ‘Chronic Fatigue Syndrome’ discussed in Hillary Johnson’s book Osler’s Web, which was reviewed by Philip J. Hilts in your April 21 issue.  Mr. Hilts’ review is astonishing for several reasons, not the least of which is his failure to include anything that is actually in the book.

After a lengthy general introduction, Mr. Hilts says that Osler’s Web “details the birth of chronic fatigue syndrome.”  It does not. In fact, the book is careful to explore the possibility that the outbreaks occurring in 1984 may not have been a new disease at all. Mr. Hilts then says that “In 1985, two doctors in a Lake Tahoe resort town began to track among their patients—mostly middle-class, middle-aged women—a set of symptoms…”  Well, the year is off by one and the particular patients in this outbreak were neither mostly middle-class nor mostly women.  While it is generally assumed that Chronic Fatigue Syndrome strikes mostly middle-class women, the facts, as Hillary Johnson demonstrates, no longer support these assumptions.  Besides, the epidemic Mr. Hilts is discussing actually struck a broad mix of patients from diverse backgrounds, including virtually an entire blue collar community.

By this point in the review, it is fairly clear to any reader that Mr. Hilts, “who frequently writes about science for The New York Times,” has chosen to refer to his store of outdated material about Chronic Fatigue Syndrome rather than bother to read through a long book he finds “hard going.” I know the feeling, since I spent a month actually reading the densely-packed 800-page galleys myself prior to writing a review in The Portland Oregonian.

There are further egregious errors. Mr. Hilts’ list of “other symptoms” is from the outdated set of diagnostic criteria offered by the Centers for Disease Control, not from a reading of the text, which makes clear the enormous range of symptoms that struck.  It was careful reporting and documentation of these symptoms in peer-reviewed medical journals which eventually got the CDC to revise their list. When Mr. Hilts says that “patients lacked measurable medical symptoms, such as abnormal antibody tests,” he is again influenced by outdated material from the CDC and the National Institutes of Health which Hillary Johnson’s book fully disproves.  In fact, Mr. Hilts has missed the central point of Osler’s Web, which is that the government agencies and medical institutions responsible for investigating new diseases systematically failed to do so with Chronic Fatigue Syndrome, then lied to Congress and used their positions within the research establishment to block publication of valid research into the disease.  It’s in the book and it’s amply documented. That he failed to notice this is remarkable and remains the most credible reading of his assertion that “after scores of possible explanations for the syndrome and its origins were proposed and rejected, the attempt to unravel the syndrome was given up.”  Neither half of this sentence is supportable by the text of Hillary Johnson’s book.

The final two paragraphs of Mr. Hilts’ review are both revealing and annoying. He says, “The agent of the disease, if a disease it is, remains unknown.”  It’s that “if a disease it is” which gives him away. Osler’s Web shows that the immunological and neurological abnormalities inherent in this disease are now widely known in the medical literature.  No reading of the book and no familiarity with current research could lead a person to doubt either the science, the actual experience of patients, or the testimony of their physicians.  A reader is likely to come away from the book doubting the medical system and the integrity of those physician-bureaucrats at CDC or the NIH entrusted with responsibility for investigating this disease, but not the disease itself.  That’s what makes Osler’s Web important.

Philip J. Hilts has performed a disservice to an author about whom he says “Her carefully researched tale leaves one pondering the progress of medicine.” It is the only remark he makes that seems connected to the book he was assigned to review.

When the Times reviews a book, it implicitly assures the reader that the reviewer has read the book, will summarize its content and comment on that content.  To do otherwise is to mislead the reader, but Mr. Hilts chose to “do otherwise.”

In Osler’s Web, Ms. Johnson exposes the truth about chronic fatigue syndrome and the actions of the federal health agencies.  The scrupulously documented details she reveals are that:

A sneering, derisive attitude toward the disease prevails among officials at major federal health agencies.

Although Congress specifically mandated how federal funds for CFS research were to be used, federal health agencies didn’t observe these mandates, misappropriated the funds, and then lied in the course of annual accountability interviews.

The disease appears to be very widespread, although just how widespread we don’t know because the federal agencies have never—in all these years—conducted a reliable study of its prevalence. (If such a study is ever undertaken, it should include, as a sub-study, the unprecedented number of suicides that are directly attributable to the disease. The toll is high among seriously ill CFS patients who can no longer bear the pain and devastation of their “non-lives” as well as among those who can no longer support themselves, have been abandoned by their families, and live in hopeless destitution, suffering the total debilitation of a disease without a cure.)

Mr. Hilts addresses none of these whopingly serious issues.  His review is a mass of vague and, for the most part, inaccurate statements. What his motives were in doing this I don’t know, but it chills me to think that, as a “writer about science for The New York Times,” he was fearful of possible political reprisals from people with whom he must be on good terms with in pursuing his career.

The forgoing can’t be dismissed lightly.  Reviewing is, after all, an aspect of reporting.  And reporting accurately and completely should be the responsibility of every newspaper—especially The New York Times which the entire world depends upon for honesty and integrity.

PS. I believe the Times now has the incontestable obligation to refute the review it published, to write an accurate review of Osler’s Web, prominently positioned, with an apology to its readers as well as to Ms. Johnson and the many thousands of people suffering with this crippling disease in the United States and, indeed, throughout the world.