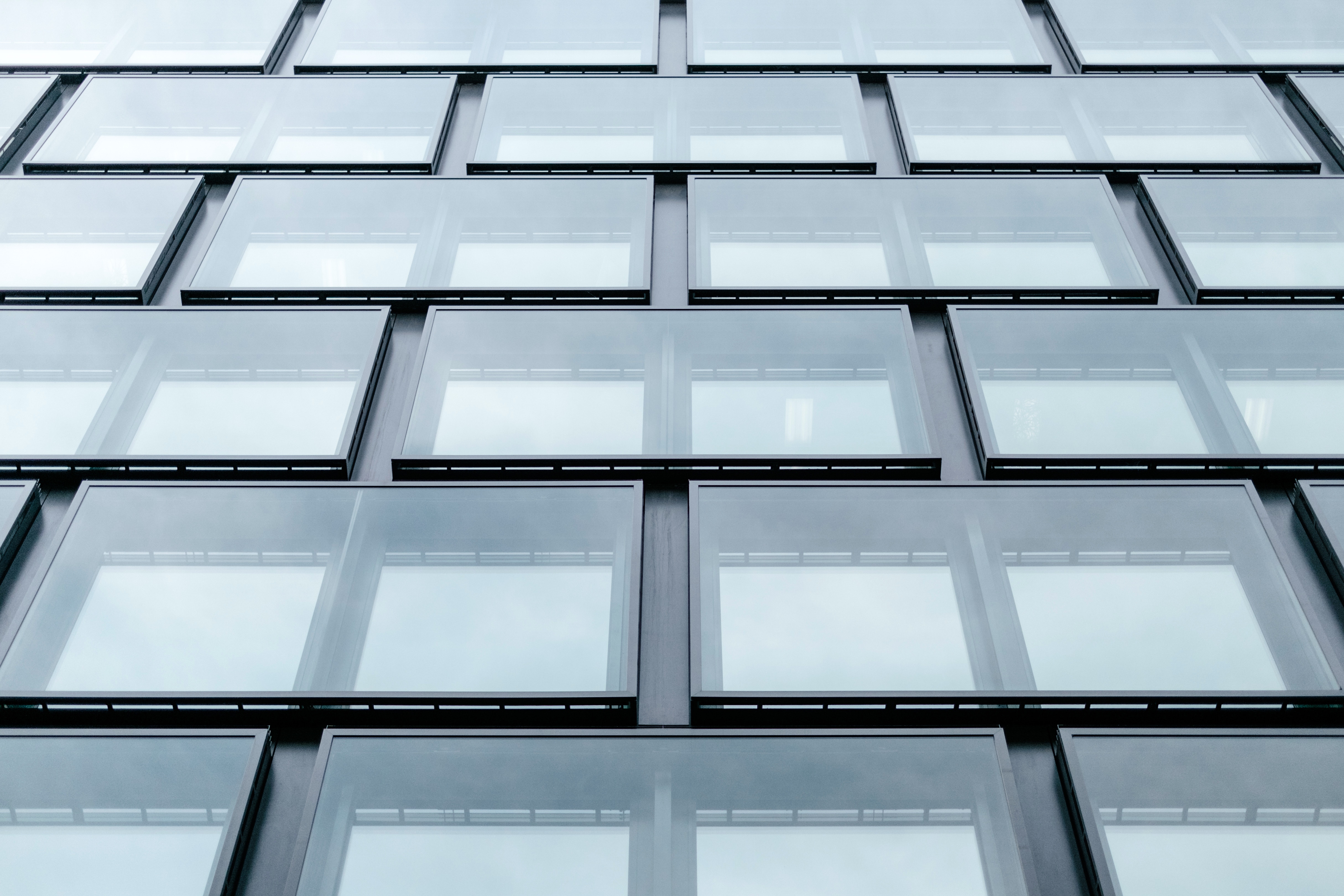 “Does that mean you’re a lazy ass?” a friend asked when I told him I’d been diagnosed with “chronic fatigue syndrome.” The question revealed not just a popular conception but a failure of public health policy.  Poor terminology—the coinage of a few government scientists with little first-hand exposure to sufferers—is just one of the problems of the federal response to this debilitating ailment, as detailed in Hillary Johnson’s Osler’s Web.

Johnson’s book issues a sorely needed wake-up call about an epidemic that has devastated the lives of an estimated 2 million sufferers in the United States alone.  More appropriately called chronic fatigue and immune dysfunction syndrome (CFIDS), it is a complicated illness that causes debilitating exhaustion— “fatigue” is putting it mildly—as well as muscle and joint pain, and other afflictions of the immune and nervous systems.

Osler’s Web is a stirring narrative, rich with heroes, villains and dramatic stories of individual sufferers: a professional football player now housebound, surviving on worker’s compensation; a computer programmer whose I.Q. dropped from 130 to85; a family who sold off the kids’ musical instruments since they would likely never be able to play them again. In one outbreak in a school in Lyndonville, N.Y., children have been ill for so long they no longer remember what life was like before the illness.

The most dramatic mass outbreak of CFIDS was in Incline Village, Nev., in the mid-80s.  After seeing over 100 patients with similar symptoms within a few months, two of the book’s heroes, Drs. Dan Peterson and Paul Cheney, called the national Centers for Disease Control (CDC). The CDC, after much prodding, finally sent two investigators, who spent virtually no time with the patients and basically dismissed the complaints.  One of them later characterized the outbreak as little more than the ravings of “a lot of neurotic women.”

Peterson and Cheney, however, stayed on the case. Together with a few other doctors and researchers, they continued their investigations, often incurring the scorn of their colleagues. That dismissive attitude is still shaping government policy—the CDC’s current lead investigator still believes that the Incline Village outbreak was a case of mass hysteria, according to a recent Prime Time Live segment.

The medial establishment’s attitude of denial when confronted with an unknown ailment is hardly novel.  Johnson notes that multiple sclerosis was originally known as “faker’s disease.”  Dr. David Bell, another of the heroes of Osler’s Web, points out in his own book, The Doctor’s Guide to Chronic Fatigue Syndrome (Addison-Wesley 1995), that AIDS was thought by many in the medical establishment to be psychosomatic until the fatalities started to mount.  The CDC’s unprofessional response to Lyme disease led to the establishment of the Lyme disease center in Denver, away from the CDC’s Atlanta headquarters.

The lead villain in Osler’s Web, however, is Stephen Straus of the National Institutes of Health (NIH).  After the apparent disproval of his initial theory—that CFIDS is caused by the Epstein-Barr virus—Straus arrogantly dismissed the illness, suggesting it was largely psychosomatic.  In 1994, he dismissed dozens of studies documenting immune system abnormalities in CFIDS sufferers and argued that the ailment was largely due to “poor sleep hygiene.”  Johnson so thoroughly demonizes Straus that it will be a rare reader of Osler’s Web who does not wonder whether injecting Straus with the blood of a CFIDS sufferer might be an appropriate way to research whether the ailment is contagious.

Since the book’s release, Johnson’s public statements that CIFDS may be contagious has led many sufferers to fear ostracism or worse.  But so little research is being done that the issue is far from certain.  Dr. Cheney, who has been ahead of the curve on CFIDS since the Incline Village outbreak, recently noted that if the disease is infectious, it is possible that the sufferers and the carriers are two distinct groups.

Johnson levels some criticism at the syndrome’s largest patient organization, The CFIDS Association of America, for eschewing ACT-UP tactics and for gradually being co-opted by U.S. public health policy.

When I contacted the organization, Vicki Carpman, who edits its journal the CFIDS Chronicle, said that the government’s role “has changed significantly and for the better: since 1994, noting that Johnson’s data is current only through the year.  But Carpman also said that just this year NIH dropped funding for CFIDS from three research centers to two.  A center at Harvard, which discovered that CFIDS patients suffer from reduced blood flow to parts of the brain similar to AIDS sufferers, is no longer receiving NIH funding.  Carpman told me that the government now spends $14 million, up from $2 million a few years ago, on CFIDS.  But she conceded that she’s not certain where the money is going, and said that it is still an “appallingly small” sum.

Some of the most biting portions of Osler’s Web have to do with alleged malfeasance by various government agencies.  According to Johnson, the Centers for Disease Control took money Congress specifically allotted to CFIDS and diverted it to other areas.  The CDC head then lied to Congress about the number of staffers working on CFIDS.  Government agencies have low-balled estimates of CFIDS sufferers and have repeatedly postponed studies called for by Congress that might provide more accurate estimates.

Furthermore, the NIH allowed researchers who did receive grants to keep large portions of their proposals secret, a violation of the Freedom of Information Act.  Johnson also implies that the FDA’s reluctance to approve the drug Ampligen for CFIDS treatment is political—a reluctance to embarrass the NIH and CDC, neither of which views CFIDS as a single, organic ailment.

Also, since CFIDS patients don’t have the grace to die off quickly, insurance companies and the Social Security administration have a serious incentive to dismiss the sickness in order to deny benefits.  Johnson quotes one physician who is himself disabled by the disease as saying that the “actuarial tables [of disability insurance providers] would be devastated by a widespread epidemic.”

As another sufferer points out, a disease is only as big as the celebrities who have it.  Blake Edwards is virtually the only Hollywood bigwig to have spoken out on CFIDS, donated money for research and—unsuccessfully—tried to raise money.  Cher, who Johnson says has apparently suffered from the illness for years, has stayed mum on the subject.  After all, who wants to buy cosmetics and exercise equipment from someone who can barely make it around the block?

Initially dismissed by much of the press as the “yuppie flu,” CFIDS has yet to take hold in the public mind.  Even with the publication of Osler’s Web, the ailment continues to be downplayed.  A recent Dateline segment blew all out of proportion a recent finding that CFIDS patients also suffer blood pressure abnormalities.  The suggestion that the cure for this complex ailment might simply be increased salt intake was a serious trivialization, highlighted by a researcher’s comment that “two pickles a day keeps the doctor away.”

The book’s title refers to the Canadian clinician Sir William Osler, who argued doctors must listen to patients—an approach that has become rarer as doctors have come to rely more on high-tech procedures, as the length of a visit to the doctor approaches that of the average political soundbite.

In some ways, Johnson is very traditional. She either ignores or belittles alternative treatments, such as nutritional therapy and acupuncture.  She criticizes the name “chronic fatigue syndrome,” but continues to use it. She follows in detail the attempts to isolate a single virus as the possible culprit, but later notes that CFIDS could be the result of a host of genetic, environmental and other factors, in the process of questioning the Western “reductionist model” of wanting to find a single, clear-cut answer.

The question of CFIDS’s relationship to other diseases is a provocative one. The New York Native has argued for year that CFIDS might be called a form of HIV-negative AIDS.  This may yet pan out, but in some respects being HIV-positive is the opposite of CFIDS.  In the first case, a person can live a productive life, though full-blown AIDS can kill.  In the second, CFIDS debilitates but there are no proven cases of it killing anyone—unless you count suicides of CFIDS sufferers.

Ultimately, Osler’s Web tells the story not of one particular ailment and the havoc it wreaks on the human immune system, but rather the defects in our national immune system—the CDC and the NIH—which the world looks to for leadership.  When major outbreaks of an unidentified ailment hit in the mid-80’s, the public health system might reasonably have been expected to take swift action, given the disaster of AIDS.  Instead, the illness was met with foot dragging and denial.

Rep. Jerrold Nadler (D-NY) has suggested a congressional investigation into the matter.  Anything less would not only belittle the suffering of millions of people, it would also tacitly approve of the failure of government agencies to do their jobs and so make another public appointment with regret.

Author’s note:  At the time of writing, July 1996, the author, Sam Husseini was activism coordinator at the media watch group Fairness & Accuracy in Reporting (FAIR).  He currently writes for CounterPunch.