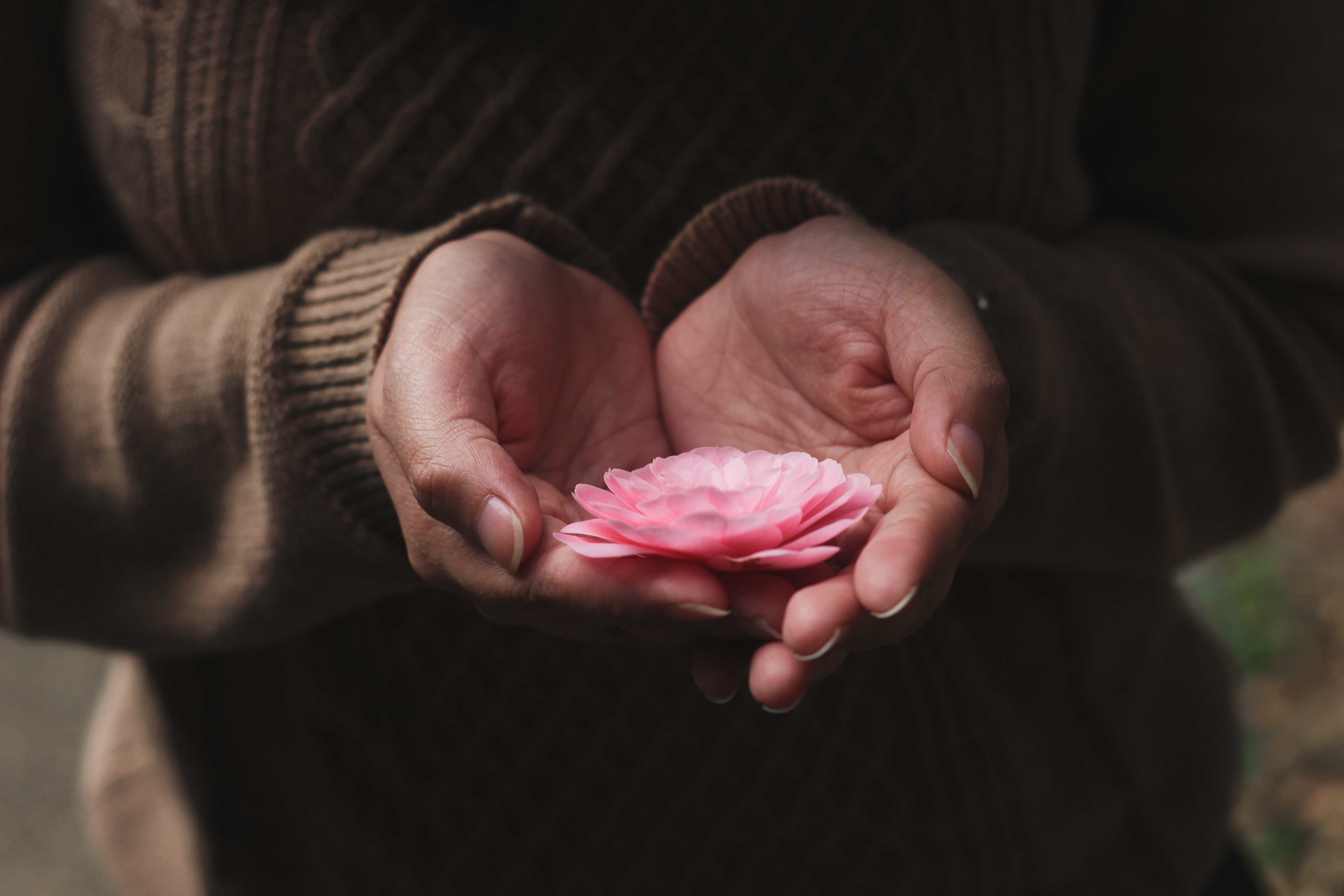 In what the New York Times calls “an important piece of medical history,” Johnson documents 10 years in the life of this syndrome, which has been dogged by a number of infelicitous names, among them Lake Tahoe disease, Raggedy Ann Syndrome, Epstein-Barr Epidemic, Yuppie Flu and Non-HIV AIDS.

Johnson reveals CFS to be both a disease and a political football.  At the epicenter of the outbreak are doctors alarmed by a mystery epidemic in their practices.   These doctors—among them Dr. Byron Hyde of Ottawa and Dr. David Bell of Lyndonville, N.Y., along with some outstanding research scientists—emerge as the heroes in an epic drama.

Presented as the villains are closed-minded officials at the U.S. federal health agencies who decided early on CFS was a “psychoneurotic” phenomenon, a position that tainted their attempts to isolate a viral epidemiology or map the clusters of CFS that were occurring across the States in the mid to late ‘80s.

Johnson’s interest in CFS comes from her personal experience with the disease.  In 1986, living in Los Angeles and a successful magazine writer, she went from running 5 km a day to barely being able to walk.

“I went through the turmoil most patients go through, wondering how did I get it? How can I get better? My editors were perplexed.  They would entice me with cover stories, and I’d tell them, ‘I couldn’t possibly do it, I haven’t left my apartment in 45 days.’

“When I started feeling somewhat better, I proposed a story about what happened to me, which seemed to be a problem throughout the country.  By then I had heard about the epidemic at Lake Tahoe (in late 1985), which really intrigued me. Afterward, I got hundreds of letters and several offers from publishers.”

“It’s such a depressing topic, I didn’t want to spend more than 18 months on it.  I miscalculated.  It took nine years.”

One of the doctors profiled in her book, pediatrician Dr. David Bell, has been practicing since 1978 in the village of Lyndonville, on the American shore of Lake Ontario.  In 1985, he witnessed an outbreak of what he thought was “a fairly severe viral illness.”  It would eventually affect 230 of his patients.

When asked in an interview about the theory that this is a condition of hysterics or malingerers, Dr. Bell firmly replied, “Absolutely not. In this isolated community, I saw a cross-section of patients become ill—hard working farmers, people I knew very well before their illnesses, none of whom were getting any type of disability or payment.

“It never occurred to me that people were going to say this is fictitious.  It was such an obvious illness affecting the community.”

Dr. Byron Hyde witnessed an outbreak among his Ottawa patients in 1984.  “Don’t call it chronic fatigue,” he said in an interview. He prefers the Canadian/UK name, myalgic encephalomyelitis (M.E.).

“CFS is a name invented in Atlanta in 1988,” says Dr. Hyde.  “Fatigue is not the primary thing in this disease.  It is the brain dysfunction associated with it.”

Like other physicians witnessing cluster outbreaks (more than 60 have been identified so far), Dr. Hyde initially “hadn’t a clue what I was seeing.”  When his teenaged daughter fell ill, he went to Atlanta’s Center for Disease Control and Prevention (CDC) and then to Harvard, and later to London and Glasgow.

His daughter is one of the lucky ones: she recovered within a few months. Today, Dr. Hyde is one of the leading researchers into this puzzling illness.

But at the CDC, Johnson reports, MDs’ hands-on experience was considered a liability.

“When the CDC was putting together a panel of ‘experts’ to adjudicate whether a case was really a case, they considered any doctors who saw CFS patients in their practice to be far too biased to sit on that committee.

“Even (Harvard physician) Anthony Komaroff was considered biased, because he saw patients who were ill and gave them this diagnosis.  Twelve years later, the debate at the CDC continues to be: is Chronic Fatigue Syndrome a real disease, does it exist?”

Johnson charges the man who picked the team visiting the Tahoe outbreak with choosing inexperienced and cynical investigators from the very start.

“(Dr. Larry Schonberger) was fully convinced this was a psychiatric problem of women. Therefore, when his division was given money by Congress and told to do surveillance, he controlled the program with an iron fist, instigating the worse surveillance protocol in the history of the CDC.

“When the data came out—five years after it was supposed to—the numbers were absurdly low:  two to four people in 100,000.  In 1993, epidemiologists at Harvard went into a population, counting and confirming cases.  They came up with a very different estimate, suggesting the attack rate was 300 per 100,000.  That suggests a minimum of 2 million Americans are suffering from CFS.”

A physician in Johnson’s book, himself suffering from CFS, recalls his own colleagues saying, “You’ve got that bullshit disease.”  Johnson sees many lessons to be learned here.

“I’ve always said that men who get this rapidly learn what it’s like to be a second-class citizen in their own country.  They are treated like women have always been treated.  My perception is that this is not getting better.

“Walter Gunn of the CDC was the first investigator who actually went and listened to patients and he rapidly was convinced that this was a real disease.  ‘They sound like I would sound if I had had the flu for about five years,’ he said. He kept a file from doctors around the U.S. (who had CFS), many of whom pleaded with him to protect their anonymity.  This file grew to be four or five inches thick.

“Walter intuitively knew this was the most persuasive evidence of all, from doctors who could describe these symptoms in medical language,” Johnson says. “There seems to be an extremely high prevalence rate in health care professionals.  A pilot study of nurses in Chicago found an attack rate of 680 per 100,000, which is astonishingly high.”

“Respirologists have the highest rates in the medical field,” says Ottawa’s Dr. Hyde. “They’re being coughed on all day long by their patients.” Although the jury is still out on a pathogen, Dr. Hyde has been involved in recent studies in the U.K. that indicate a new polio-family virus is present in 40 percent of cases.

However, “I don’t believe that it’s simply one type of virus that does this,” he emphasizes.

Dr. Bell, who returned to practice in Lyndonville after a stint at Harvard, is cautious when asked about the infectious nature of CFS.  (Johnson documents three U.S. studies and one from New Zealand pointing to a viral etiology, as well as brain scans showing lesions in patients after CFS onset.)

Dr. Bell confirms many labs can find different abnormalities in CFS patients. “The trick here is that none of them are so reliable as to be used as a diagnostic test. We don’t know what causes it—it could be well water, or insecticide poisoning—but it’s still going on in this community.”

“I’m not counting cases at this point, it’s just been too difficult.  But I’m involved in two studies now related to children with this illness.  I’m still extremely interested in it.”

Dr. Bell also confirms that more primary care physicians are making the diagnosis “quite successfully” prior to referral.

The “difficult” years Dr. Bell refers to are well described by Johnson. She shows a scientific community riddled with rivalries and heavily politicized.  Was she surprised to see brilliant minds quarreling over status and prestige?

“Yes, at first I was in a state of perpetual astonishment.  These people were so unlike the paragons of reason I expected. It was incredible to me that they could not see the truth about this disease, and that they could be so petty and small-minded.”

After leveling serious charges about lies told to Congress on how monies allocated for research were actually spent, Johnson notes that there’s been a studied non-response to her allegations.

“When Prime Time Live devoted a segment to the book, they reviewed every allegation—the misappropriation of funds, the lying to Congress.  But the principal investigator into CFS, Bill Reeves, refused to talk to reporters on camera, nor would anyone at the NIH.”

But Johnson’s book has sparked some responses.  U.S. Congressman Jerrold Nadler of New York City’s Eighth District recently read a statement on the floor of the House calling for an investigation into the handling of the CFS outbreak.

Johnson herself is sanguine about the future. “It’s going to take a congressional investigation before these issues are resolved.  Or my book may disappear and it may take another 100 years before the answers are found.”

Some patients are unhappy about the suggestion that CFS is infectious. “One of the patient organizations has come down on me like a ton of bricks, even though they themselves had warned their members against sharing food, utensils, etcetera.

“But when the book came out, this same organization went berserk—they have hounded me and tried to interfere with the publicity efforts surrounding the book.  Now that it’s in black and white, there’s a tremendous fear among these patients that they will become pariahs.  Yet many have been ostracized already because of fear of infection.

“But infectious diseases aren’t only the problem of those who suffer from them, they’re society’s problem. Until we figure out the pathogen driving this epidemic, start putting research money in that direction, there’s really no hope for patients in finding a cure or a therapy that will ameliorate this disease.

“I think it’s in patients’ best interest to be brave and deal with this issue. Everyone should be fearful of this disease, not just the people who are already ill.”

As for her long-term recovery from CFS, Johnson is stoic.  “I walk my dog for 20 minutes a day and I’m grateful for that.  There are something like 14 self-help books for CFS on the market now—there’s even a CFS cookbook! My very nihilistic view is that there is no self-help for people with this disease.  People just muddle through the best they can.

Meanwhile, her book is getting rave reviews.  Dr. Hyde calls it “a fascinating read for physicians and the public—not just to understand M.E. but to get a glimpse into how governments and the medical community handle unknowns.  It’s a medical detective story.”  Unfortunately, the mystery has yet to be solved.