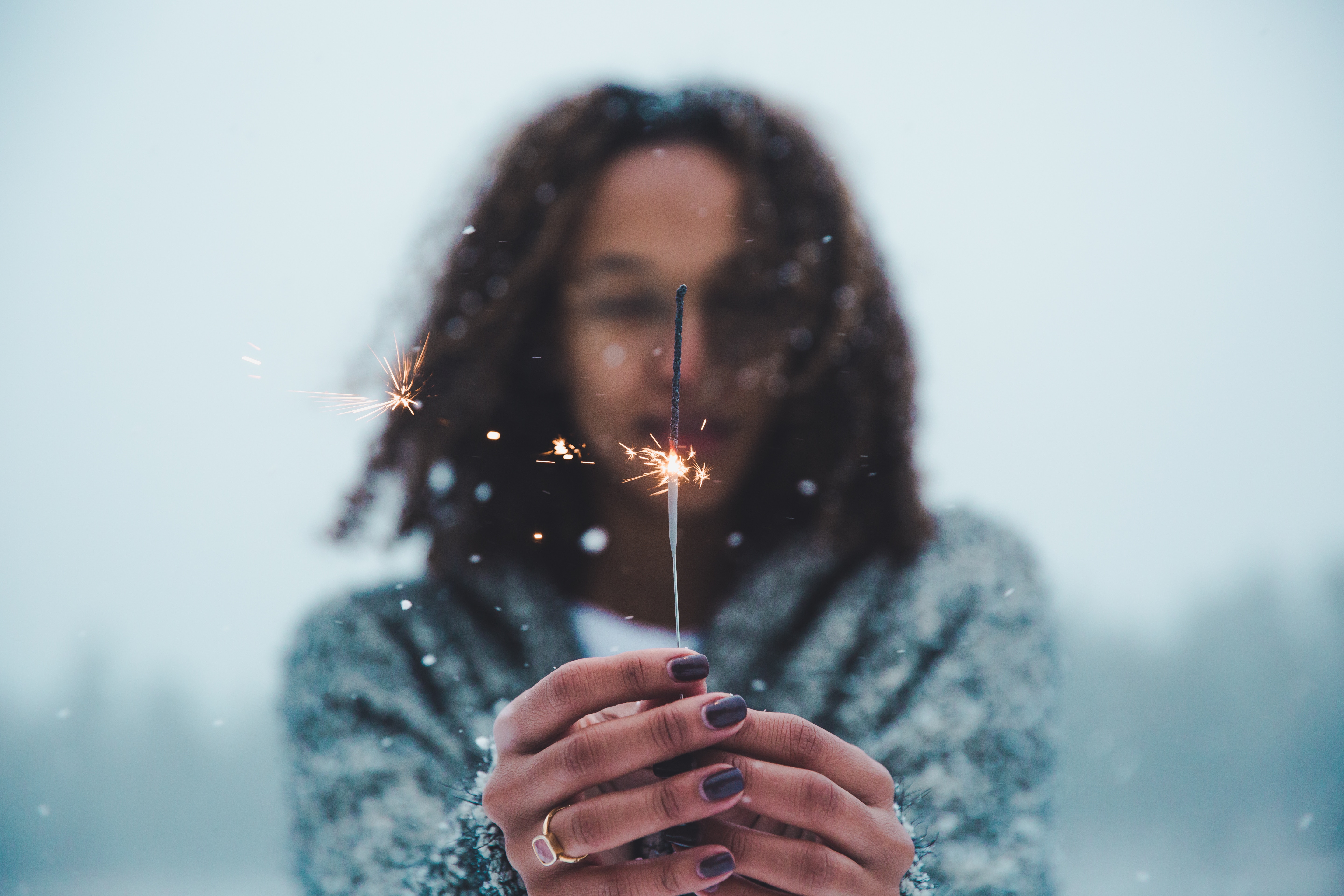 The strange malady with no name began to appear in 1984.  Patients began to experience a puzzling array of conditions—abdominal pain, muscle pain and headaches that suggested lupus, rheumatological autoimmune disease or even multiple sclerosis.  Others shared a panoply of symptoms, from exhaustion, sore throats and headaches to insomnia, vision problems, memory loss and nausea.

All across North America, in Europe, Asia and Australia, remarkably similar illnesses with no known cause and no effective treatment began to crop up.  Patients experienced low-grade fevers, night sweats, upper respiratory infections, swollen lymph nodes and spleens.  As the disease progressed, symptoms began to include seizures, dementia and even disappearing fingerprints.  Most of all, the ill shared a single, overarching symptom—a bone-draining exhaustion.

More than a decade after the first manifestations comes Osler’s Web: Inside the Labyrinth of the Chronic Fatigue Syndrome Epidemic ($30) by journalist Hillary Johnson, a CFS sufferer herself. The book will be published in April by Crown.  Weighing in at nearly 800 pages and based on hundreds of interviews conducted over nine years, Osler’s Webchronologically documents in the first decade of CFS in the U.S. and around the world, with the narrative shifting from one venue to another as the story unfolds.

The book’s format bears some parallel to that of the AIDS chronicle And the Band Played On—and that’s no accident.  Crown senior editor Michael Denneny, who edited Randy Shilts’ book at St. Martin’s, persuaded Johnson to break her narrative into a chronology.  “Randy invented an incredibly good structure for a story that doesn’t have a single center,” says Denneny.

In 1987, CFS was flippantly dismissed in Time as a “yuppie flu” affecting mainly affluent and anxious younger adults, but a decade into the epidemic, primary-care physicians continue to document the malady among people of all ages and economic conditions.  One Harvard researcher estimated the infection rate in the U.S. in the range of 300 per 100,000 people.  Johnson points out that at the height of the polio epidemic in 1953, paralytic polio struck 20 in 100,000 people.  “This is a much bigger story than Ebola,” she observes, citing the popular interest in the flesh-eating virus of Richard Preston’s Hot Zone.  “Everybody stands a risk of getting this.”

A small percentage of the afflicted inexplicably have recovered most of their functioning; others remain permanently disabled.  No definitive causative agent has been found, although some researchers now believe it is furthered by a virus that affects the brain. Worse, an effective treatment has yet to be made available—the Food and Drug Administration refused to allow expanded trials of Ampligen, a drug that seemed in preliminary trials to reverse the effects of CFS, until its manufacturer was on the verge of bankruptcy.

Johnson doesn’t blame medical researchers.  Rather, she blames “a failure of the federal government health agencies to respond to a major public health crisis” and believes that the problem lies with the Centers for Disease Control and the National Institutes of Health.

“The expertise of clinicians is not really welcome at the federal agencies. I’ve had scientists at the NIH tell me without apology that they feel a major part of their job is to make sure that no panic is created about this or any other disease,” she says. “The people there are not clinically oriented and they’re not interested in seeing, talking or listening to patients.” She pointedly titled her book after Sir William Osler (1849-1919) the British physician who believed passionately in the need to scrutinize the patient’s symptoms.

Unlike most previous books on CFS, Osler’s Web neither dismisses the disease nor offers a guide to living with it. “The problem with so much of the reporting,” observes Johnson, “is that it’s been highly personalized and not really serious or aggressive reporting.” Similarly, she notes that while public health officials can track outbreaks of “old” diseases like plague or tuberculosis, there is no good surveillance system for unusual new syndromes and illnesses.

Denneny declares, “I never thought, having lived through the AIDS epidemic, that I’d say this, but the government and the establishment treated these patients worse.”  The difference, says Johnson, is that with AIDS, “it became clear within three or four years that there were people dying.  There were bodies.  If CFS patients died, this would not be happening.”

Johnson does praise Congressional representatives as “very responsive to patient lobbying. In fact, they have increased funding every year to CDC since 1988. But the agencies have essentially hoodwinked Congress into thinking they are responding.”

Osler’s Web is Johnson’s first book.  In 1986, as a freelance magazine writer in her early 30s, she was poised to begin the book on television she envisioned as her first, when she became ill with CFS and was waylaid for two years.  “I went through what everyone else was going through with doctors who really didn’t know what this was,” but she found an infectious disease specialist who recognized what was ailing her. “I was trying to figure out what had happened to me—I still had my journalist’s head—and the more I learned about this problem, the more I realized there might be hundreds of thousands of people like me.”

After her two-part, first-person Rolling Stone article in 1987, she began talking to her agent, Michael Carlisle of the William Morris Agency, about the possibility of writing a book about CFS.

The story behind Osler’s Web is itself a web. In 1987, Johnson signed a deal with Macmillan, but ensuing management changes at the publisher made it “painfully apparent that my status had gone from teacher’s pet to pariah,” although she was still under contract for the book.  In mid-summer, 1989, the first installment of her advance long spent, Johnson gave up her New York apartment and returned to her mother’s home in Minneapolis with nearly 400 interviews completed and 600 manuscript pages in hand.  Six months later she and her pro bono attorney met with officials at the National Institutes of Health about obtaining agency documents under the Freedom of Information Act.  Forty-five minutes into the meeting, the agency dropped a bomb:  its chief FOIA officer had called Macmillan and learned that the publisher had canceled Johnson’s contract. The NIH never furnished the documents and another year passed before Macmillan formally notified her that the contract was canceled.

But Johnson had come too far and done too much work to stop. She relied on credit card advances to pay expenses, and in June 1990 she was awarded a $3000 grant by the Fund for Investigative Journalism.  Carlisle began shopping the manuscript again; it had grown to 1,000 pages.  In December of 1990, Denneny, then a senior editor at St. Martin’s, read the manuscript. “For the first time in years, I sensed I had touched a responsive chord in an editor,” says Johnson.  However, a contract offer came through only in August of 1991, after Johnson, at Denneny’s urging, reworked the manuscript from a narrative into a chronology a la And the Band Played On.

Johnson returned to work with renewed confidence and a little over a year later the book was done—but it had ballooned to 2200 pages.  Denneny insisted it be cut nearly in half. Johnson’s cutting proceeded slowly until the summer of 1993, ceasing entirely during the final stages of her mother’s battle with cancer. A grant from a philanthropy formed by a CFS support group allowed her to hire an editor to help finish the cutting, primarily a matter of excising stories told by patients.

The story took a new twist, however, because Denneny, after 17 years at St. Martin’s, was moving to Crown and it wasn’t until months before Christmas last year that Johnson learned she was to be among a handful of St. Martin’s authors who would move with him. “I think [St. Martin’s CEO] Tom McCormack had some doubts about what it would take for someone else to get up to speed after my years of working on it,” says Denneny.  “But they were a little dubious at Crown about the length, so we squeezed out one more round of cuts.”

After nine years of work, Johnson has finally come in from the cold.  Crown currently plans to launch Osler’s Web with a first printing of at least 35,000 copies, and, says Tina Constable, Managing Director of Publicity, Good Morning America and Prime Time Live will feature Johnson and her book. The house plans an eight-city book tour.

Will the book have any effect on the way government agencies treat CFS? “We’re going to have to have a whole new generation of scientists working on this,” says Johnson.  “But people should be aware that these really tragic things can occur, because it’s probably going to happen again and again unless people are more vigilant.”